Shani Shingnapur is a village in the Indian state of Maharashtra. Situated in Nevasa taluka in Ahmadnagar district, the village is known for its popular temple of Shani (Saturn). Once upon a time Shingnapur is also famous for the fact that no house in the village has doors, only door frames. Despite this, no theft is reported in the village. Villagers never keep their valuables under lock and key. Villagers believe that the temple is a "Jagrut devasthan" (lit. "alive temple"), meaning that the god here is very powerful. They believe that god Shani punishes anyone attempting theft.
As per a legend , It is said that long long ago there were floods and one idol came floating in the flood. It was struck to a Bari tree. After the reducing of flood water when cowherds went near Panas Nala, they saw the big stone boulder in the branches of tree. They were surprise to see it. With the lot of hesitation, they poked the idol with their sticks and stone started bleeding. The cowherds saw this injury. With the scared, they ran away. They came back to the village and told their elders about what they saw. Listening to all this, villagers went to that spot where the stone was found. They were also shocked to see it. They could not decide what to do of this stone. At last they all returned to their homes by deciding that they would think tomorrow on this.In the same night, when all villagers fell asleep, God Shani dev appeared before one villager in dream and said, “I am Shanidev. Whatever you & your villagers saw yesterday is true. Let me from that place and install me in the village.” On the next day, devotee told the villagers what he heard in the dream. Listening to this entire, villagers went to that place where stone was found. They tried to lift idol but they could not succeed. They tried all day but they could not move a bit. At last people returned back to their homes. In the night when villagers were sleeping, again god Shanidev appeared in front of same devotee in dream & said, “I will move from that place only when the people who move me from there are of the real relation of maternal uncle and nephew.”Next morning devotee told the villager about his dream. And villagers did according to the dream. At that time many people tried to their best to install the idol in their own field, but the idol would not budge from there at all. At last the statue placed where it stands today in open ground.
Devotees generally wear a saffron-coloured attire and have a head bath in the holy water close to the temple before entering it. There is no priest to perform the pooja. The pooja is carried out in the form of offering Pradakshinams - of going around the idol a couple of times, chanting specific prayers such as Shani gayathri and slokas. Devotees also perform Abhishekam with water and oil. 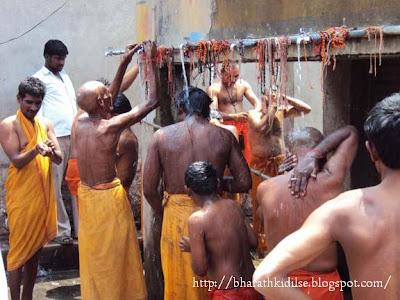 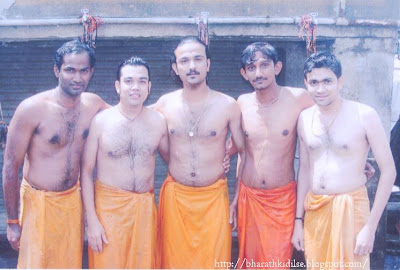 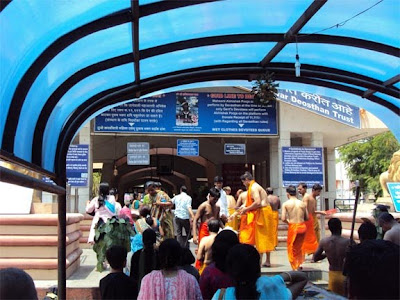 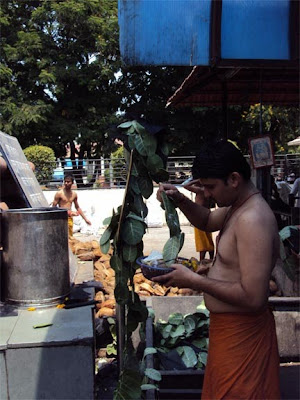 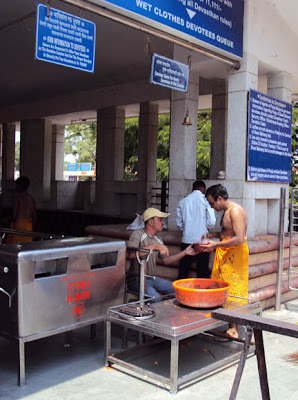 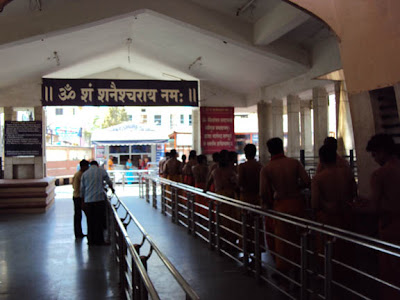 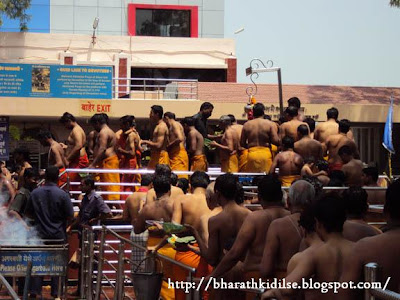 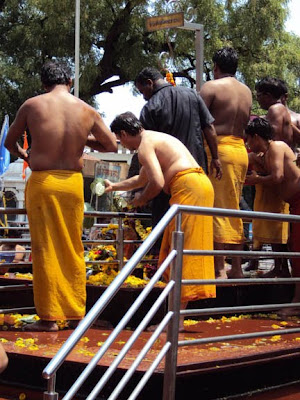 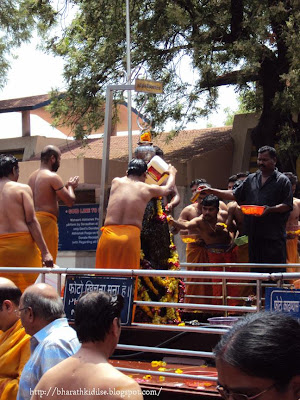 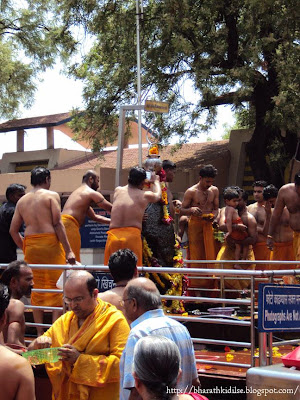 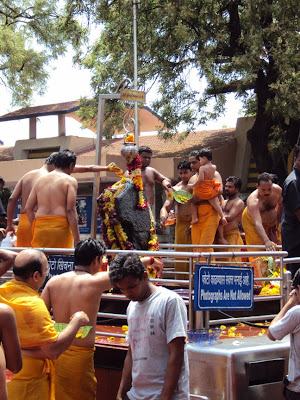 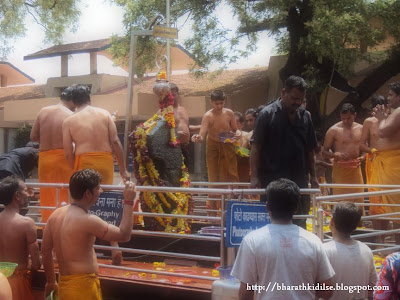 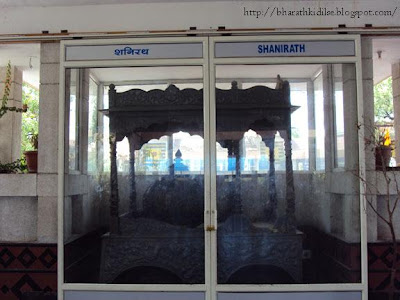