Why is a specific flower offered to a God ?

Ahimasa Prathama Puspam,
Pushpamindriya Nigrahaha /
Sarvaboota Dayaa Pushpam,
Kshama Pushpam Viseshataha //
Santi Pushpam Tapah Pushpam,
Dhyaana Pushpam Tathaiva cha /
Satyamashta Vidham Pushpam,
Vishnoh Pritikaram Bhaveth //
Meaning:Ahimsa (non-violence)is the first flowerControlling of the senses is the second flowerCompassion for ALL BEINGS is the third flowerQuality of Forgiveness is the fourthKnowledge the fifth, Austerity the sixthand Concentration the sevenTruth is the eighth flowerAll eight of these flowers are dear to Vishnu.
Some things in human life are beyond the realm of intellect. Modern science cannot explain them. And that is where the science of spirituality enters in the life of man! Every individual has his own seat or icon of faith. In order to be constantly graced by that seat or person the individual is always engaged in efforts according to his capacity. The daily worship is an indivisible part of those efforts. According to the path of devotion (Bhaktiyog) ritualistic worship or puja is an important stage in process of worship! For performing ritualistic worship of a deity filled with bhav or spiritual emotion various tools and articles are required. Every article of puja has its own significance as per the science of spirituality or Holy Scriptures. Besides there are certain methods of their arrangement during a puja ritual. We have seen in the previous satsangs the spiritual significance of such ingredients of puja materials like haldi, kumkum, sandalwood, akshta etc.

No puja ritual of a deity is complete without use of flowers. If we know such things as which flowers or leaves are to be offered to a particular deity, in what numbers and their spiritual benefits then we will get more benefit from puja ritual. So let us start with an important ingredient of puja articles namely flowers.
Importance of Flowers in Puja ritual 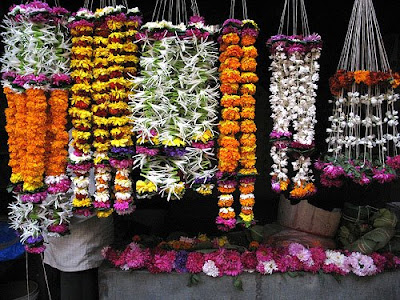 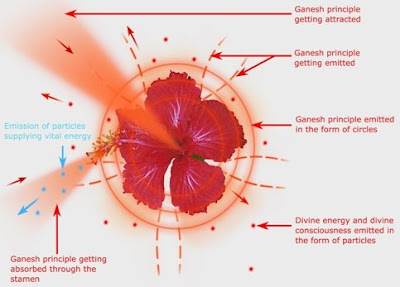 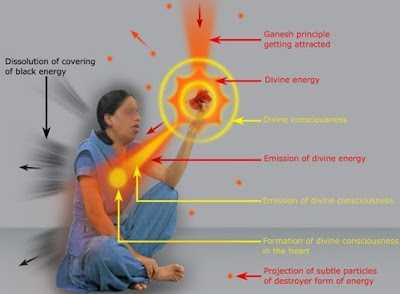