What Do The Three Strands Of The Sacred Thread Represent? 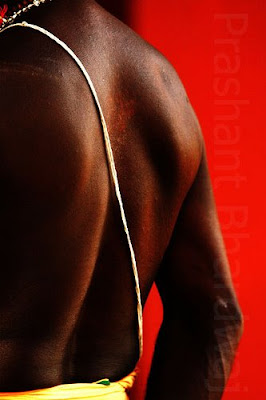 The word Upanayan consists of two words, upa and nayan. ‘Upa’ means near and ‘nayan’ means to take towards. In short, Upanayan means taking to the Guru (teacher), who will teach the Gayatri mantra. Nayan also means ‘the eye’. Upanayan thus means the inner vision (antahachakshu). Therefore that rite which facilitates the development of inner vision is called Upanayan. Vratabandha is that rite by which one is bound by restrictions of vowed religious observances (vrat), norms of Righteousness (Dharma) and celibacy. Before that, there are no restrictions on the child’s behaviour. Upanayan is also named Munja after the grass ‘munja’ which is tied to the waist during the rite. The one on whom the rite is being performed is called a batu, munjamani, brahmachari, etc. The one on whom the rite has already been performed is called an upanit 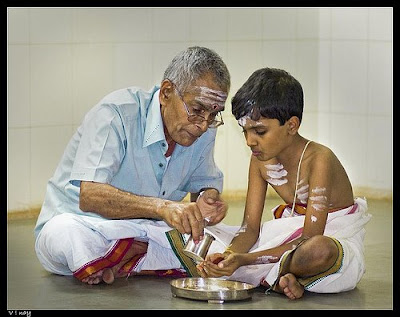 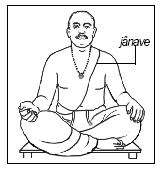 Sacred Thread ‘Offering the sacred thread to deities means binding the expanse of the brilliance of deities in the rounds of the sacred thread and evoking It to function in duality. As the janave is made of thread and is enriched with mantra-energy, the frequencies of sound emitted by it activate the attribute less principle of God from the universe. This then functions for the embodied soul (worshipper) as per its spiritual emotion towards God through the medium of the ‘with attributes’ frequencies. The sacred thread represents the silvery link between God, that is, non duality and the embodied soul, that is, duality. Offering the sacred thread in ritualistic worship is an important process of interaction of duality-non duality. Wearing this sacred thread after the ritualistic worship endows the wearer with the Sattva predominant divine consciousness of the deity.’
Posted by Bharath.K