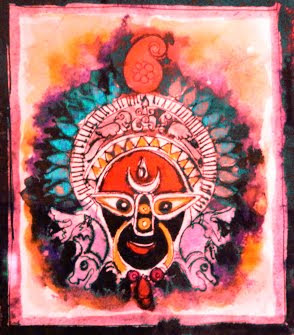 Nose piercing is the piercing of the skin or cartilage which forms any part of the nose, normally for the purpose of wearing jewelry. The Hindu women usually have their noses pierced at the age of sixteen which is what is considered to be the age to marry. The piercings honor the goddess of marriage, known as Parvathi. 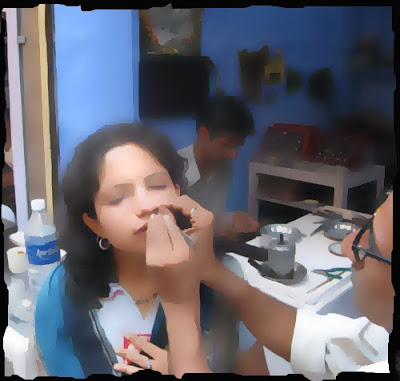 According to the Indian medicine, the female who get her nose pierced is assumed to experience less pains while delivering the child. The reason behind this belief is, through the piercing some vein is pressed that makes the childbirth easier. 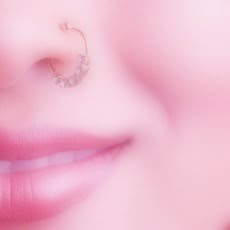 A piece of stead-like ornament worn by women in their nose, commonly known as nose-ring and nose stead. (known as Mukkuthi or Mookuthi in Tamil & Kannada and Nath in Hindi) Nose ring are usually worn in the left nostril. The reason that the left side is chosen more often is because it is linked with the female reproductive organs.The custom to wear this ornamental jewel is typically different from one state to other, one caste to other and even different amongst communities. Some use it in their left nose, some at right and few wear it in both sides of their nose. Nose stud is widely worn in South India, especially in Tamil Nadu and in parts of Andhra Pradesh and Karnataka, by both married and unmarried young women.

It is strongly believed that the nose ornaments have their own scientific advantages. By piercing the nose to wear these ornaments the women protect themselves from all nasal infections. It also helps her to have a stronger sense of smell. Call it acupuncture treatment.

In some parts of India the nose ring is never removed once a woman is married, and thus a nose ring is often considered to be a sign of marriage.

All said and done for the Indian woman who wishes to look beautiful in the traditional fashion, her shringar is never complete without the wearing of a sparkling nose ornament.