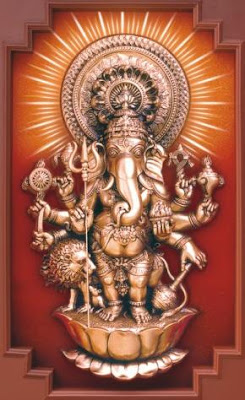 The word ‘Drishti’ means sight in Sanskrit. A natural or casual look at anything is harmless. But it is believed that the shafts of sight tinged with the element of jealousy have the power of destroying the thing or the person which they strike. From ancient times it is known that a mother fondly applies a black dot on the cheek of her baby with a view to ward off the influence of any evil-eye. Traditional rituals like throwing away a lemon after waving it before the baby a number of times, in order to protect him or her from such baneful influence. Then their is a practice of shopkeepers burning camphor and breaking coconut before their shops on every Friday. People perfom Homas to ward of evil from their homes and lives. As every person’s life is in accordance with his thinking, “a man becomes what his thoughts make him to be “, say the psychologists. Therefore, the only way to solve the problems of the modern man is by channelising his thought in the right direction. That alone can do him good which in turn will enable him to lead a happy life. Therefore, in the first place, man should change his thoughts for the better. He should replace evil thoughts with good ones. Divine forms of Shuba Drishti Ganapathi Shuba Drishti Ganapathy is an all-powerful glorious divine form brought into being with the unique, powerful blessings of Sage Agastya, the foremost among the eighteen Siddhas. Lord Vinayaka has the power to bring about thought transformation ( from bad thoughts to good thoughts) That is why, gathering within Himself all divine powers, He, as Lord Ganapathy, has descended on this earth, as Sri Shuba Drishti Ganapathy. Sri Shuba Drishti Ganapathy is the 33 form of Ganesha in this Kali Yuga who has risen for the good of the people, taking this supremely attractive form. Mahaganapathi in this rare form is the confluence of several incarnations of the Supreme, al rolled into one. Seated on the lion and holding the Triden in His hand, He symbolises Devi Parashakti. He with Agni in one hand and the Third Eye on His forehead reveals that He is none else than Lord Siva. He reminds us that He is an ‘amsa’ of Goddess Mahalakshmi, standing as He does on the lotus. He dispels poverty and bestows prosperity on his devotees. Holding Sanku, Chakra and Gatha, He appears as the very form of Lord Vishnu, assuring protection to the meek and weak. Amritha Kalasa on His crown connotes Lord Dhanvanthri, the dispeller of diseases. The circular radiance round his profound head reminds one of the Goddess Gayathri, giver of all desires. The Mahakundalini, Goddess Thiripurasundari, who could be discerned in His form, is sure to generate good thoughts in mind and lead one in the right path. Lord Maha Ganapathy has reincarnated now as Sri Shuba Drishti Ganapathy. He removes the miseries or sorrows of all those who worship Him. Millions and millions of people are being blessed by Him with the prosperity. The cumulative effect of the vibrations caused in His worship not only benefits the worshippers but leads this world to peace and prosperity. Worship By worshipping Drishti Ganapathy in home one can Shuba Drishti Ganapathy’s image or idol has to be put on the south wall, facing the NORTH direction. It is not only to be displayed on the front door ( though may of them put it their) be can be kept in the prayer room or in the drawing room where it can draw the attention of all visitors to the house.of all the influence caused by the cast of evil-eye upon yourself as well as the members of the family and bring about great profit and prosperity.
Posted by Bharath.K